It’s already a few days ago, but we still want to show you some photos of our meeting at the beginning of this month in Berlin.

On May first, we went to the big demonstration of right-wing extremists to cover the event. There were around 700 fascists trying to walk through Berlin, but got stopped after a few hundred meters by an enormous amount of counter-demonstrators blocking the streets.
At the demonstration we found ourselves between hundreds of photographers, journalists and film-teams. It felt as if there were at least two press-members
for every demonstrator. Anyways, it was nice being »on assignment« with the whole collective. 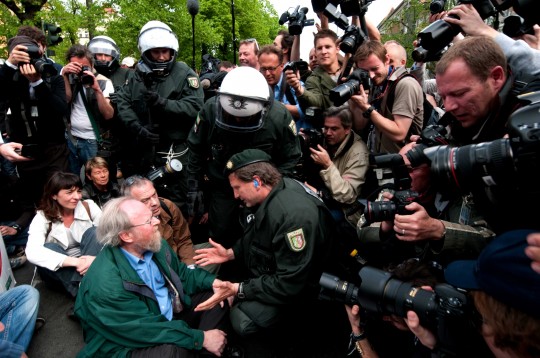 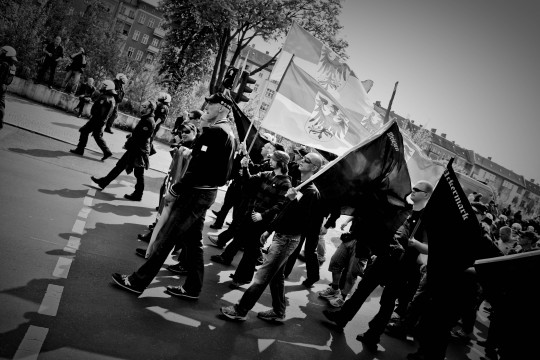