Last week I got the assignment to photograph the eviction of a squattered house in central Amsterdam. The place was called »Schijnheilig«, which means something like »sanctimonious« and can be considered as a kind of stronghold of the squatter scene in Amsterdam. I reached the place at sunrise at around 5:30 am, shortly before the police arrived. The demonstrators set up some barricades from tables and benches which they had anchored on the street. Four or five guys were chained onto huge concrete-blocs and also a bunch of black-block guys were there.

The police cleared the scene pretty quickly and forced the demonstrators back onto a slightly bigger street. Here they were closed in from two sides. After some undercover-police-thugs picked out a few »badboys« of the crowd, the whole bunch of around 200 remaining demonstrators were told to be arrested. Unfortunately they didn’t really care, that I’m a press photographer and so finally me and my writing college were arrested too. Handcuffed and a bit angry we were brought to a cell complex, were they took the beautiful Polaroid photo of me, which they plugged onto the cell door. At least I was allowed to keep it. 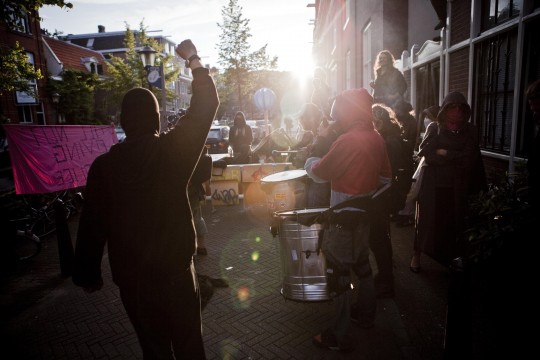 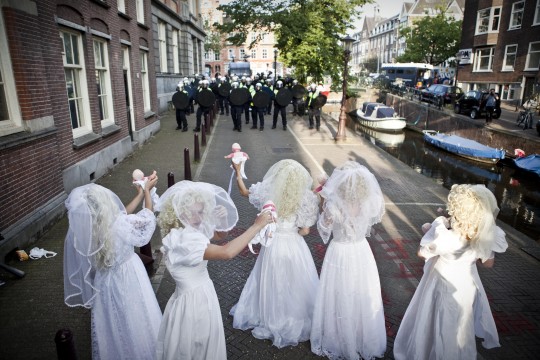 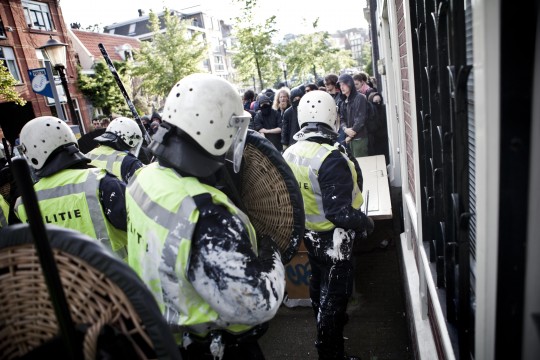 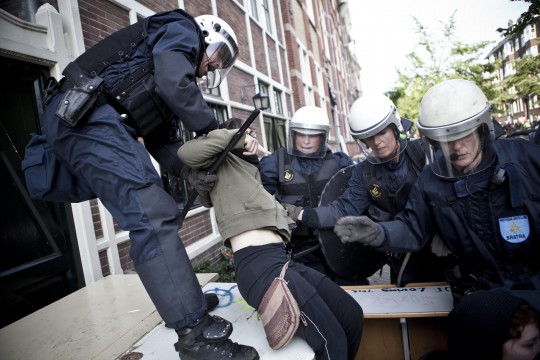 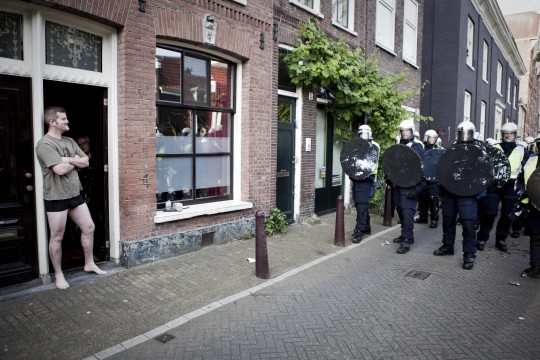 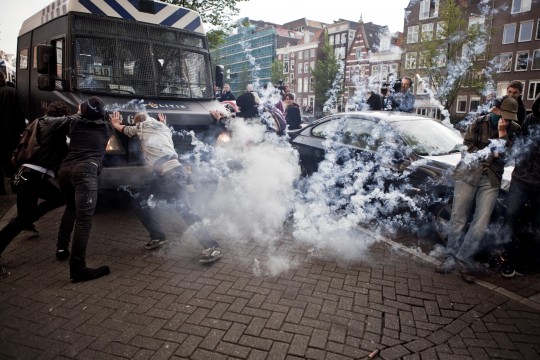 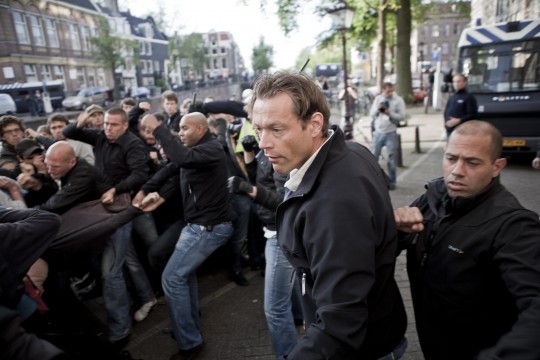 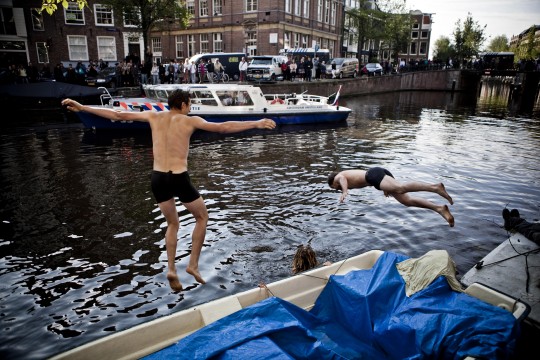 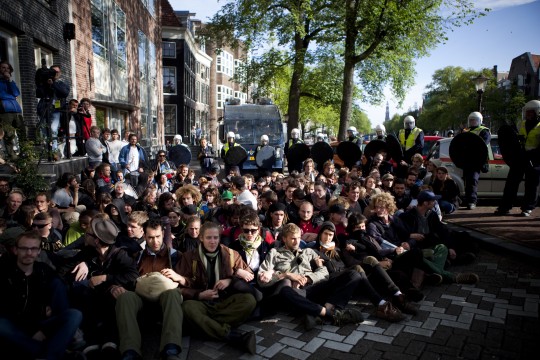 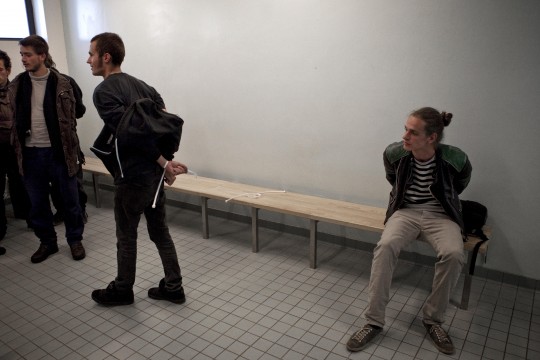 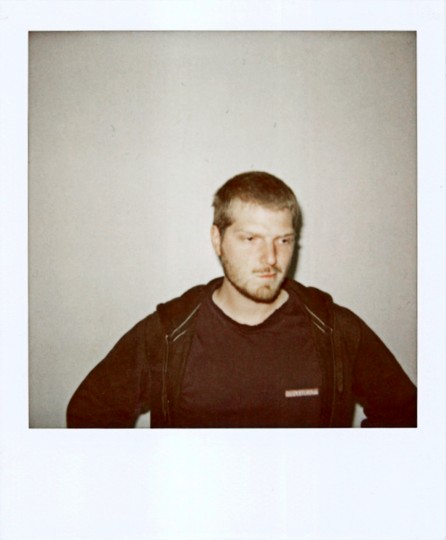