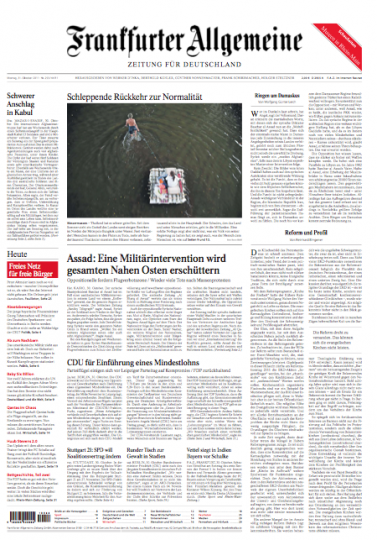 I just came back from Bangkok where i covered the flood for german newspaper FAZ with their correspondend Jochen Buchsteiner. It were to become three pretty wet days. When i was flying in i could see large areas outside of bangkok under water. Bangkok itself is protected by large dykes and a system of canals and underground drainage pipes. The problem this weekend was that the highest tides of the month were coming up the Chao Phraya river as well. Water was basically trying to push into the city from two sides. It was a strange situation as life seemed to go on pretty much normal in most of the center. On the other side areas in the north had experienced flooding for weeks and there was no way the water could run off. Thousands of people had already left the city. There was reports of water and food shortages. The Don Mueang airport had to close and was used as a refugee camp for flood victims. Hundreds of volunteers helped with the distribution of water, foodstuffs and medicine in centers around the city. And prime minister Yingluck Shinawatra was put under a lot of pressure from the opposition and media about her crisis management. 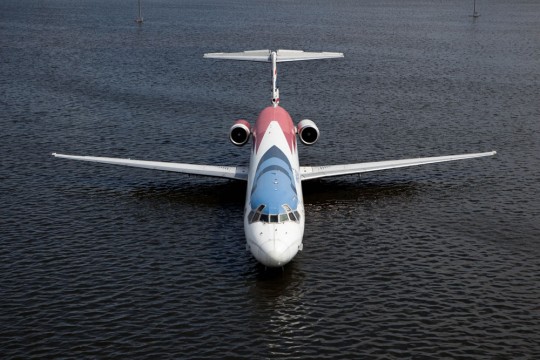 On the second day i was wading around the airport when suddenly there was no more ground and i found myself in a water hole with water up over my had. All my gear broke but luckily the CF cards survived. Aela Callan of Al Jazeera was so kind to lend me a camera so that i could continue to work. 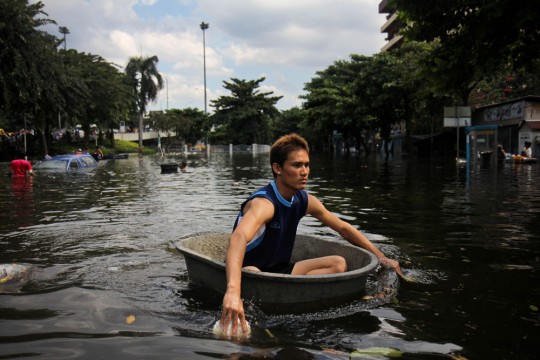 The biggest thread seems to be over now and in Bangkok the worst case scenario did not take place. But it is still the worst flooding in Thailand since more than 50 years. And people in more remote areas continue to suffer as their homelands have been flooded for weeks now.