This shall be the beginning of a little series of blog entries I’m gonna make from here on. I decided to post some of the little jobs I’m currently doing for Frankfurter Allgemeine Zeitung (FAZ). It’s bread ’n butter in a way but not necessarily boring. You get to know quite some people from time to time.

Last week I photographed Thilo Sarrazin for Frankfurter Allgemeine Sonntagszeitung. The man was the number one news topic in Germany last week. He published a book in which one of his most provocative thesis‘ is that migrants of muslim descent would have a genentic pool limiting their intelligence. And since they have a higher birth rate would be a threat to the intelligence of the entire german population. This is scientifically proven wrong but getting him a lot of attention from the german media. The man is certainly very smart and I personally think that most of his provocation is nothing but a very clever media campaign. His book is already sold out in some parts of germany. So he is making a lot of money out of the whole thing.
The meeting took place in a small café in Frankfurt. The writer and Thilo Sarrazin sat in the dark back corner of the room with mr. Sarrazin facing the wall. I was promised about 20 minutes for the shooting but after about ten he called his driver to pick him up. He seemed to be very tired after the week he had had. At the time his political party was trying to kick him out and a few days later he also lost his job as a member of the executive board of the german Bundesbank. His face remained expressionless in almost every shot. 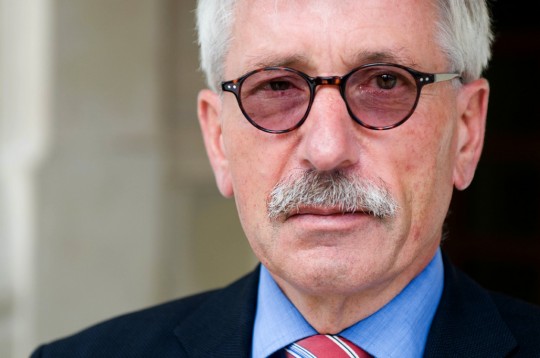 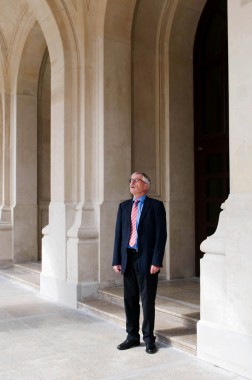 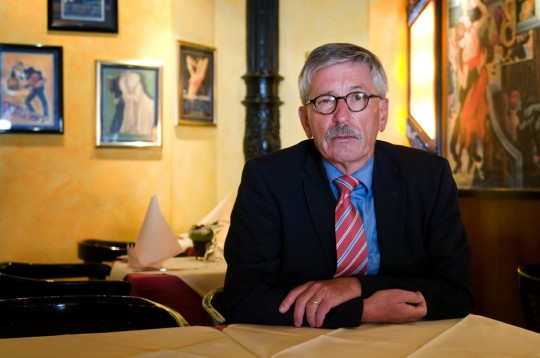