People were saying that before the »change« it was difficult to get in touch with locals in Yangon because many people were afraid to be seen talking to foreigners. I haven’t been there during those times however. The first time I went was during the by-elections in april 2012. Taxis would be full of stickers of the NLD, Aung San Suu Kyi’s National League for Democracy, and many people seemed full of hope for a better future. I felt the place was vibrating, something was in the air.
The NLD won 43 out of 45 vacant seats and Aung San Suu Kyi entered the parliament.
Reforms started after that but it is a slow process and the military and their crownies still control many relevant sectors. During my second trip about half a year later many people said they were unsatisfied with the progress of the reform process.
I have had many interesting conversations with locals there. Many people are well educated and would want to talk to me about the finacial crisis in europe for example (a field I couldn’t tell them much about). I’d see people sitting in tea shops reading books, something I hadn’t seen in neighbouring Laos at all.
Yangon is a harbour city there are many former or still active seafarers that have been around the world. Many had been to my hometown Hamburg and their eyes would widen when remembering the »Reeperbahn« (a famous redlight district). 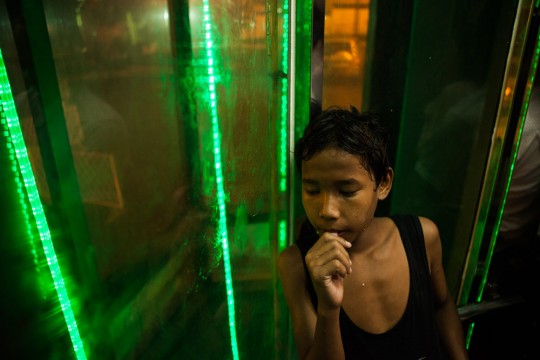 A young boy sucks his thumb in an elevator at the Shwedagon Pagoda. 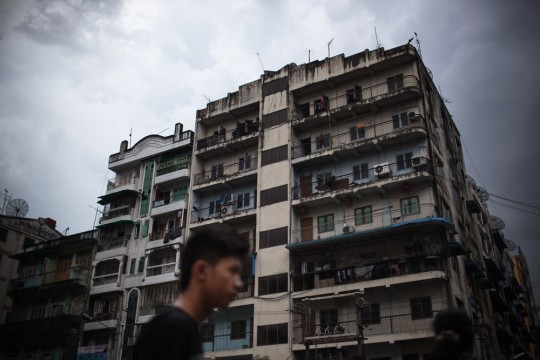 View of an appartement building in downtown. 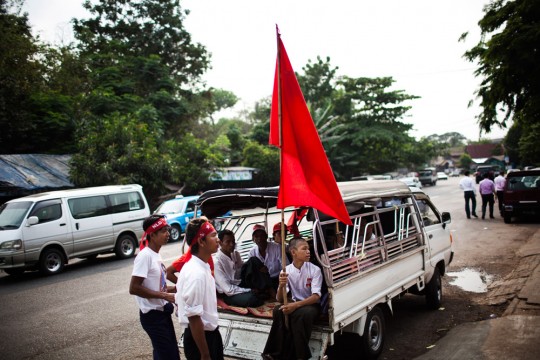 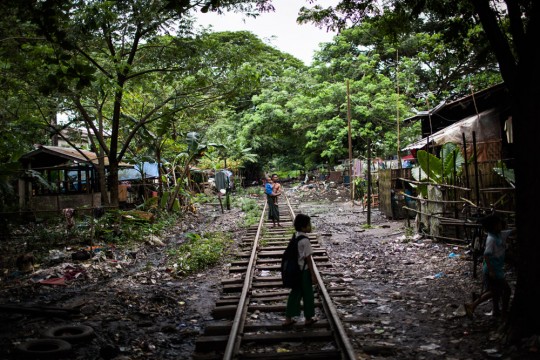 A railway running through a poor neighbourhood in eastern Yangon. 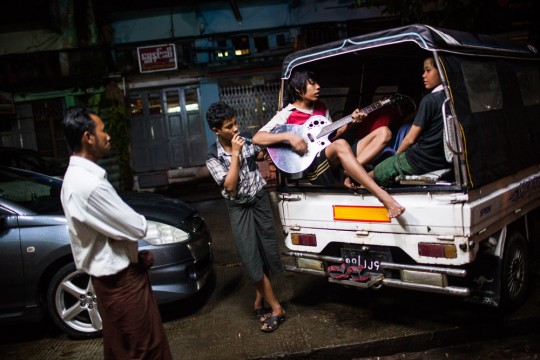 Youths are jamming on the streets in downtown Yangon. 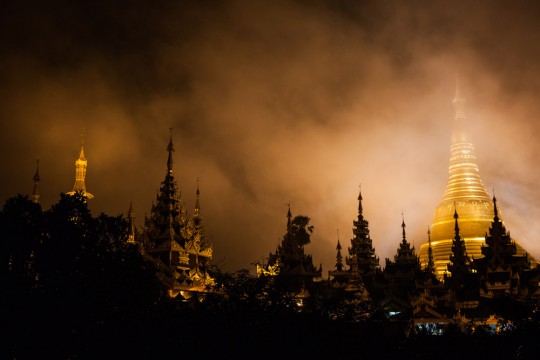 View of the Shwedagon Pagoda during a heavy monsoon downpour. 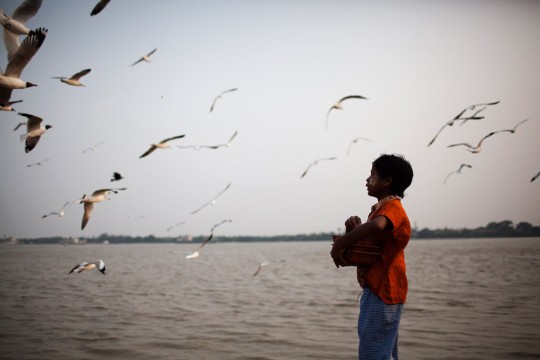 A young boy is feeding seagulls at the Yangon river. 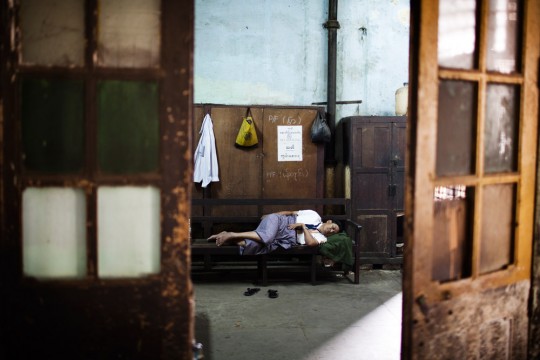 An employee of the Yangon railway station is taking a nap in his office. 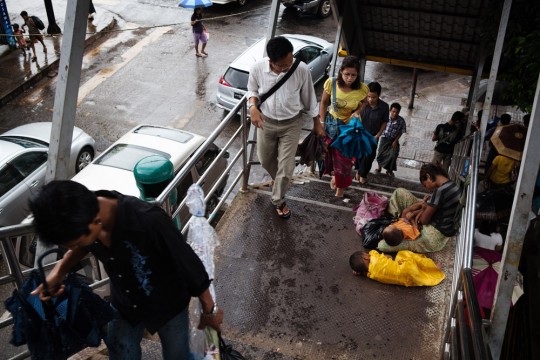 A woman is seen begging with her children on a stairway in downtown Yangon. 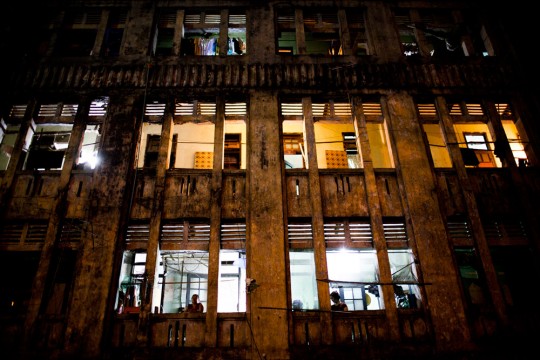 View of an appartement buildinng in downtown Yangon.