It’s friday again. And Friday is portrait day on our blog.
Every Friday each of us is going to upload one portrait to a given theme. On facebook you are now able to vote for the next weeks theme. You name what you wish to see – we go out and get it.

Udo Pastörs is a German politician of the extreme-right NPD. Last weekend the jeweler, watchmaker and former professional soldier has been elected into the Schwerin State Parliament.
The NPD has received 6% of the vote, so about 50 000 people in Mecklenburg-Vorpommern have given their voice to this right-wing extremists even though the NPD has not even tried to hide their cynical view of the world.

Mike Flanagan is a New York fire fighter for almost 10 years now. He started his first class at the academy just one month after 9/11 and is now working at Engine 54, Ladder 16. Although the job of a fire fighter is quite dangerous he has never been seriously in danger within his carreer. 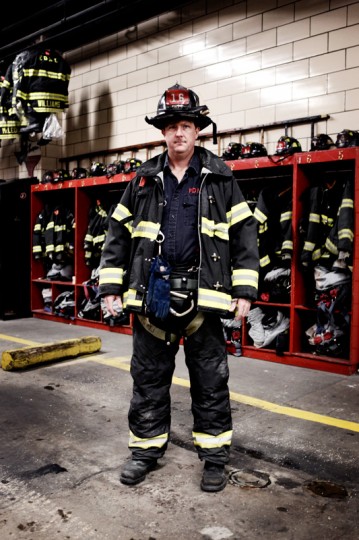 Ozzi is a pretty dangerous looking guy. He is very ambitious about boxing and traines every day. The portrait is part of a story about the oldest, still existing boxing gym in the world. The gym is based in Brooklyn, NY, just next to the Manhattan bridge. I just finished photographing and the story will soon be published in De Volkskrant. 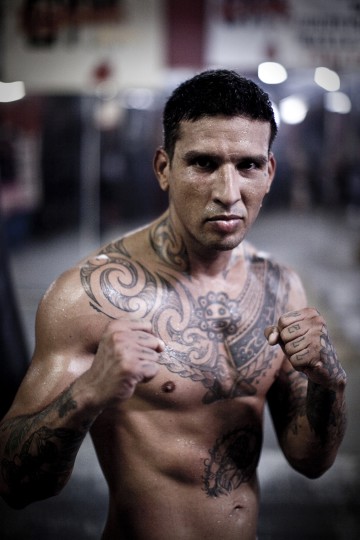 Vieng is a 14 year old boy from southern Laos and a so called „scrap metal hunter“. He goes into the forests around his village carrying a cheap vietnamese metal detector. When it starts beeping he digs for the remains of bombs from the „secret war“ the americans conducted in Laos during the 60’s and 70’s. Since Vieng lives along the former Ho Chi Minh trail, which was heavily bombed, it beeps almost everywhere. He said that until some years ago there were villagers who knew how to dismantle live bombs but that they have all pushed their luck too far. The bomb seen in the picture was still alive and he later tried to burn sticks and leaves on top of it to blow it up. He didn’t succeed though and luckily he is too afraid to try and dismantle it himself. He can sell one kilo of scrap metal for about 0,20 €. That explains, why the temptation for a poor villager, is quite big to try and dismantle a 500 kg bomb. 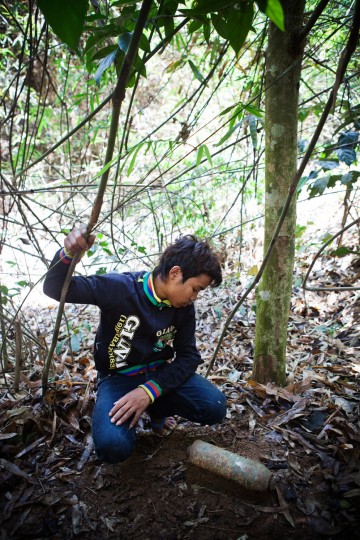